Don’t Be Obsessed With An Extra 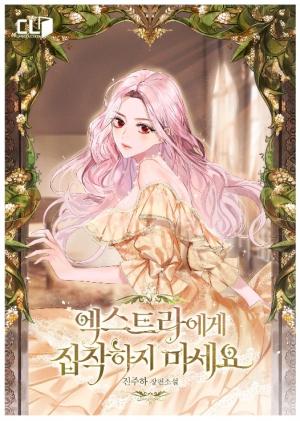 Se-yeon died unjustly due to her boyfriend’s obsession.

Upon waking up, she found herself possessing an Extra, Princess Priscilla, inside a novel.

The extra character that appears at the beginning for a few lines and dies. On top of that, Priscilla was a concubine to a war-obsessed Emperor.

“The moment the Female Lead shows up, I can be free!”

I just have to survive until the Female Lead shows up, but why is the Emperor obsessed with me?