Dog God of the Fallen -SLASHDØG- 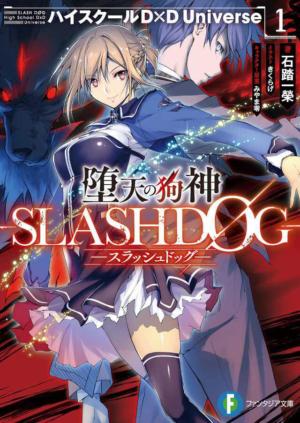 Caught with a severe fever before his school trip, Tobio Ikuse, a second year high school student was forced to missed out on his school trip with his schoolmates on a luxury liner. Four days later, the news about the disappearance of the teachers and second year students from his school reaches Tobio’s ears. Few months after that incident, Tobio having slowly recovered from the lost of his friends, accidentally encounters one of them again. Chasing after his missing friend, Sasaki, Tobio caught up with him but was shocked to see Sasaki with a Lizard Monster and attacked him with the monster. Cornered by the monster, Tobio is rescued by another survivor of the missing luxury liner, Natsume Minagawa. Tobio is then handed an egg by Natsume before parting ways. Later that night, Tobio found himself under attack again this time by two people with monsters, amidst all of that, out of Tobio’s shadow came a Puppy who rescued him. After fending off the two monsters, Natsume once again approaches Tobio and decides to bring him to their hideout.