Does Love at First Sight Exist in E-Sports? 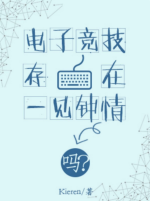 Asia’s champion had nothing to do and decided to carry a girl in the game. With great difficulty, he finally convinced the girl he carried to turn on her mic, only to discover that the other party was actually a boy.

This online love affair that had ended before it even started was tossed away to the back of the champion’s mind. Unexpectedly, when his club went to train in another city, they encountered a mishap and had a small conflict with another team.

When the other team’s vice caption showed up, the champion was so moved that he started doubting life, but as soon as the other opened his mouth, it turns out that this was the “girl” that he had personally carried with his own hands that day.

Does love at first sight exist in e-sports? It does.