Do All Mothers in Childcare Novels have to Die? 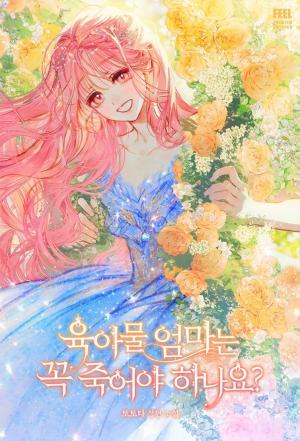 “I command King of Nieta to give the kingdom’s princess. I will return to the empire with the princess.”

The memory of my previous life came to my mind the moment I became a hostage to the empire, this is the world inside the imperial childcare novel, and I was the heroine’s mother.

The mother who dies giving birth to the heroine according to the cliché law of childcare novel.

I didn’t want to die, so I tried to run away, but I was caught as soon as I left the stable.

“My hostage was trying to run away.”

That too, the emperor of the empire, the person responsible for it.

There was nothing I could do until I was dragged along and became an empress.

Then I tried to become an empress who went unnoticed and abandoned.

“Let’s always sleep in the same bed. You and me.”

But, why the hell is the emperor in my palace?! does he got nothing to do?

The empress dowager only says that when she sees me, I remind her of when she was young and dips her tears into her eyes.

The emperor insists on not visiting the empress dowager.

The mother and the son seemed to have a bad relationship, so I reconciled….

“If Your Majesty is being mean, tell me secretly. Then I’ll help you somehow.”

Even the empress dowager, who has regained her son’s love.

“I have never been attached to anyone. But I keep my eyes on you.”

Why does this handsome emperor suddenly look at me with his twinkling eyes….

I really want to run away.

If I had a baby with this man, everyone would be happy except me.

But why can’t I leave the man who whispers that he’s lonely?