Divorce is the Condition 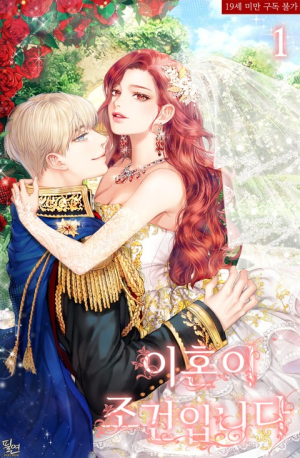 An abnormally fiery night she spent with a man who she accidentally saved his life.

A single day’s mistake came back with great return.

Rosena, who abandoned everything and lived in hiding raising a child.

Many things have changed in the Empire, which she returned to after seven years. But the father of her child is the lunatic third prince?

Soon after, a gentle voice sank on Rosena’s neckline.

“Please choose, leave this place and the child behind…..”

The golden eyelashes, which had been slightly lowered, rose, and the shining eyes turned to Rosena.

“Or will you marry me and stay with the child?”