Dies Irae: Song To The Witch 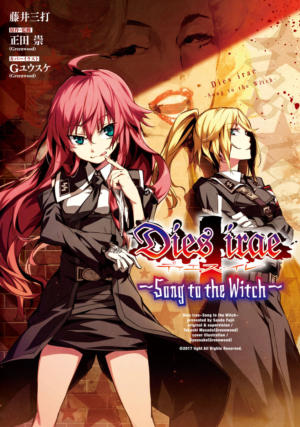 The 1962 Cuban Missile Crisis was a declaration of war on the Longinus Dreizehn Orden!

The Longinus Dreizehn Orden stood in the way of the allied forces during World War II and left them with a sense of defeat, after which they disappeared without a trace…

But a certain man’s testimony revealed the existence of this group to the world. The major powers of the world, considering them a serious threat, awaken a witch. One created in secrecy.

In the spotlight, the Longinus Dreizehn Orden’s own witch, Rusalka Schwägelin, enters the stage. The battle between witches hurls the stage that is America into a chaotic tempest that defies human knowledge.

The truth about the 1962 Cuban Missile Crisis is revealed at last!