Diary of Raising a Mermaid 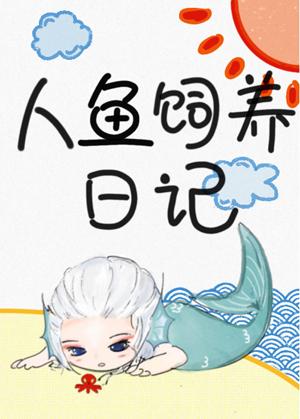 487AD, a cruise ship encountered a storm whilst out in the ocean. One person on the ship went missing, it was unknown whether the person was dead or alive. After this, that ocean gained an extra mermaid.

When Lansi opened his eyes, he had become a white mermaid. He laid flat on his back, watching the sky through the blue of the ocean water. White fins attached to his long white tail swayed in the current. His scales scattered the light that entered the ocean. Lansi coughed out a lone bubble. On the first day of his becoming a mermaid, was there someone… who could tell him how to turn over as a fish???

The king of the oceans stirred from his deep slumber. He saw an exquisite pearl, which carried a white shine. It gradually fell into his embrace. Hello there, little fish.