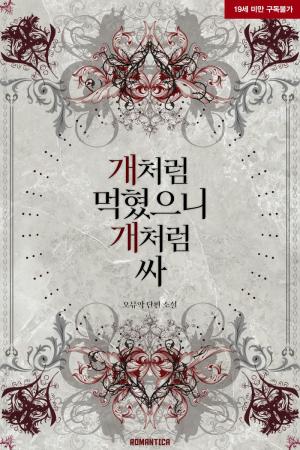 “Leon, I remember our first impression of each other wasn’t very good. Do you remember what you said?”

Pendall waited for his reply, pulling the end of his tie tied to Leon’s wrist. But the only thing that came back was the sweet breath of Leon.

“You said you’ve never done sh*t like this and have no interest in it. Don’t you remember?”

Pendall’s fingertips grazed Leon’s nipples. As the erected bumps were crushed, Leon bit his lips and held back his moan.

Leon felt like he was standing on the edge of a cliff with a deep sense of strife that made him lose his mind, but humans were so deceitful.

In the face of the crisis, Leon’s spirit, which was floundering as if he were drowning, gradually became clear.

Pendall laughed helplessly because Leon, who continually ignored his words, was adorable when he opened his enticing mouth to take in a shaky breath.