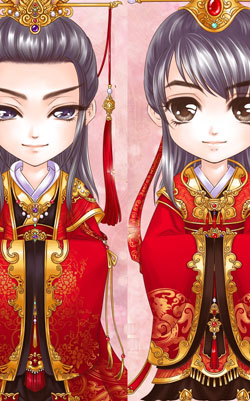 Na Lam doesn’t want the commoner Ling Fei to become his empress. Ling Fei promises Na Lam that if he can defeat her in a duel then she’ll ask the empress dowager to break their betrothal.