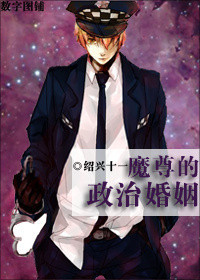 Legend says, that there is a great demon, who is the human kind’s public enemy. He is the galaxy federations’ nightmare as he wanted to conquer the whole universe. On the first day, he completely took out the human fleet, plunging them into disorder. On the second day, he declared that he will wipe out the whole federation. On the third day, he declared——that the hero who shot him in their previous battle must marry him, or else, he will destroy everything.

The galaxy federation president and the council members had a long meeting after that. They decided to dispatch a soldier, Wu Xing Yun, and marries him off to the arrogant demon. Wu Xing Yun was once a hero who fought for the nebula, and henceforth, he was tasked—— for the sake human race and the universe’s peace, to eliminate mistresses, settle his matters with the mother-in-law, and fix the man’s crooked ways.

Wu Xing Yun was very perplexed when he asked his commanding officer: “Sir, why did it have to be this way?”

Commanding Officer: “Soldier, bear in mind, that this mission of yours, is for the sake of the universe and mankind’s happiness. You must hold on to your husband, and fight other mistresses! Do you have the confidence to accomplish this task?”