Delivery Man in Another World – The World’s Strongest Trucker 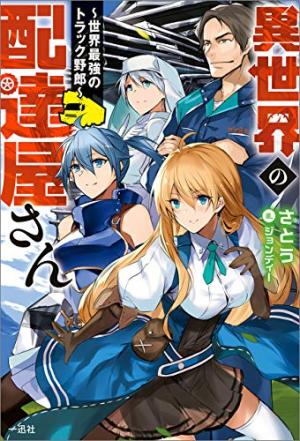 Kota Azuma, an ordinary and dull man,who works for a shipping company on the edge of bankruptcy.

He drives the company’s four-ton truck, which has become his partner and works until late at night. When Kota’s fatigue reaches its peak, he falls asleep at the wheel and causes a serious accident that leads to his death.

However, Kota, who was supposed to have died instantly, is still alive. By the whim of God, he came back to life and was given a cheat skill.

When he wakes up, he finds himself in a strange forest. His partner, his truck, is beside him, and Kota rides it through the forest. There, he meets a naked girl who is fighting a monster.

He rescues the girl and goes through the forest and comes up with an idea to live in this world. What can I do with this truck?

This is the story of one man who started a shipping company in another world.

He increases the number of beautiful and strong employees and travels around the world taking on various requests.

This is the story of a trucker who uses the “Dekotora” skill to strengthen and modify his truck and unknowingly becomes known as the strongest.