Deep Love and Favor: Cold-blood CEO and His Young and Beautiful Wife 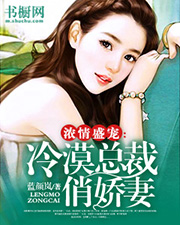 Tang was cheated by her husband who got another woman pregnant. Tricked by the mistress and mother-in-law, she had been criticized by the public and kicked out of her husband’s family. Then, there comes Su, who showed up like a saviour for her, prevented her from all the difficulties that her ex’s family made to her. He held her in his arms, haughtily said to them, ‘It will only be me that can bully my girl! Anyone who dares to bully her is opposing me!’ She was shocked. And her mother-in-law said she was a wanton woman. After that, he was always protecting her, treated her preciously. He made her realized that even the second marriage could also make her so happy!