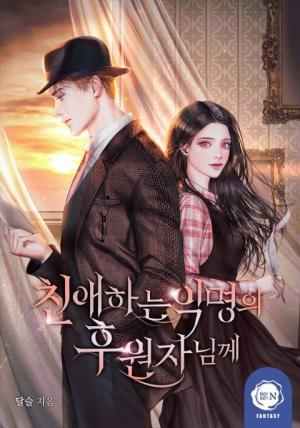 Judith, a war orphan of a defeated nation, concealed her identity and was exiled to the Federal State of Baja. She has an anonymous sponsor, whom she has never met or knew his name, age, or how he looked like. On one summer day, five years after she sent her letter of gratitude to her anonymous sponsor, she received a letter from him.

“Miss Judith, how about spending this summer at Waltz’s Curtis mansion?”

Waltz, the capital of Baja, from where the letter was sent, Judith’s heart bloomed with happiness by receiving a letter from her sponsor. She was amazed to see the skyscrapers, the kind which she saw in the newspapers, which she had never seen in her life.

“Miss Judith, don’t trust your sponsor too much .”

As soon as Judith got off the train, she got involved with an infamous gangster.

“I didn’t know there were guests. That said, a lady too.”

At the sponsor’s mansion, which she had finally arrived, a suspicious person lived in the house instead of her sponsor.

“I don’t share anything that comes into my hand once.”

And the real owner of the mansion who had returned after a while. In the hot summer, as the strange air current spreads around her and the three men, the number of questions gradually increases.

“Have you ever thought it was weird? About the things they erased from your memories.”

Of the three men who hide their secrets, a nobleman from a foreign country, a successful businessman in the military business, a boss of a low-quality gang, who really is her sponsor?