Dawnbringer: The Story of the Machine God 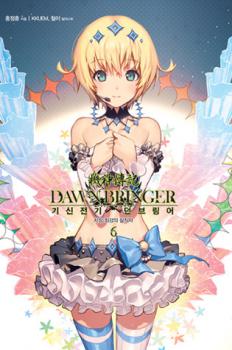 Vice Admiral Lezirth Dawnbringer, the Commander of Dawn Corps in the First Marines of the Space Federation. He became a war hero after leading the human race to victory with the army of alien life form known as Letix.

However, when he awakes from coldsleep, 120 years has passed?! Being re-recruited into the navy in a world far from the ideal peaceful one that he dreamt of, Lezirth is treated as an attention seeker. So eventually, he and his boss, Admiral Luise Maynard who was also in coldsleep for 120 years, gets assigned to a platoon led by a half Elcro girl.

Amongst the great forces of the Federation and Alliance, Lezirth must find his very own Kishin Dawnbringer and charge in to the battlefield!