Daughter of the Dao and Devil Venerables 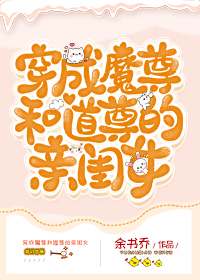 Lu Yaoyao transmigrated. When she just opened her eyes, a man’s beautiful face appeared in front of her, trying to put on a gentle smile: “Daughter, call Daddy.”

She hadn’t reacted yet, and another handsome but indifferent face came into her view and said succinctly: “Call me Father.”

Lu Yaoyao looked at the two handsome guys with different styles and made a confused voice: “Ah?”

So, who is her real father?

The two Supreme Venerables of the devil and the human race had been deadly rivals for thousands of years. Whenever they met, they would fight to death, but always without a clear winner. One day, they fought for a chance of ascending in a secret realm and accidentally drop their blood on a piece of spiritual stone nearby.

And this spiritual stone gave birth to a spiritual fetus, which was then born into a baby girl with a mixture of the two Venerables’ bloodlines.