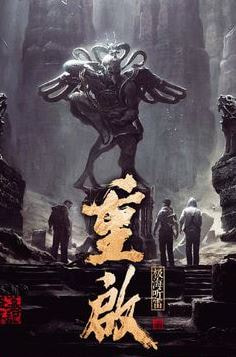 After fulfilling his ten year promise with Zhang Qiling, Wu Xie is now living in seclusion in Fujian. One day, he suddenly received a text message from his uncle, Wu Sanxing. Through various clues his uncle left behind, Wu Xie finds an ancient tomb that may be related to his uncle’s past. The tomb is the legendary South Sea King’s Tomb. But just as Wu Xie plans to search for it, Jin Wantang reveals his plan to his Uncle Two. After Uncle Two stops him and hears the story, he decides to join Wu Xie, Fatty, and Zhang Qiling as they search for the tomb.