Daddy’s Cub Is Three and Half Years Old 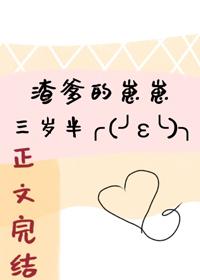 Jiang Ranran is the cutest cub in Daozi Village.

On the third birthday, Zai Zai had a strange screen in his mind.

The brother and sister on the screen kindly told Ran Ran.

“Ran Ran, your father is a scumbag, and he will abandon you in the future and marry someone else and spoil the daughters he brought to the sky.”

“Ran Ran, the scumbag will become bad when he has money. You secretly save the money and don’t give it to the scumbag. .”

Ran Ran haunted his father to recognize a few words, ignorantly after understanding the meaning.

Dad, daddy want to abandon her?

His eyes reddened, and he cried out.

Jiang Zhile was once a well-respected scholar in Daozi Village. Chongxi married his wife at the age of 15, but the eccentric old lady finally left.

At the age of nineteen, he was not admitted as a talent, but after being kicked out by his elder brother and second brother, he took a three-year-old oil bottle with him.

Jiang Zhile never raised a girl carefully, this little girl is not noisy or troublesome, she is so sweet that he dare not touch it.

He is young, impatient to take care of others, and has a strong mindset.

Until one day, Xiaodouding was buried softly in his arms, howling, and hiccuping while shouting in his mouth.

Jiang Zhile rolled up his sleeves, held it up in one hand, and held the stick in the other, his tone was harsh and fierce, “Who is bullying you?”

Xiaodouding did not speak, and cried even harder.

Jiang Zhile: Good girl, the villagers help to raise it, so it’s great to not worry about it.

Jiang Zhile: The girl is too cute, what can I do, make money and raise it well.

Jiang Zhile: Why is there always someone robbing my girl? It’s so rough!

After arriving in the capital.

The superior wants to marry him the youngest daughter who is widowed at home.

That person also had a little girl named Weiwei, who was as old as Ran Ran.

Jiang Zhile: “I only have one girl, don’t recognize daddy for little things.”

Reborn Song Xuewei: This is different from the previous life!