Dad Has Returned From the Cultivation World 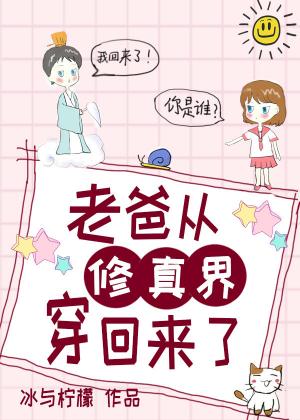 Fu Yao’s father, Fu Chengyan, has been vegetative for more than ten years and suddenly woke up one day.The doctor who witnessed all this sighed: People wake up, but they turn crazy!

Fu Chengyan, who had been in the cultivation world for two thousand years, went back to his own world. When he saw his daughter again, he found her with short hair, possessing very old clothes, and having a pitiful look due malnutrition.

Feeling guilty, Fu Chengyan wanted to know his daughter’s true thoughts in order to compensate her. He then read her inner world with mind reading.

“It’s was not easy to raise myself already, and now I have to raise a dad with a brain problem… My life is too difficult.”

“It seems that the scholarship I am receiving is not enough.”

“It’s better to sell the first place in the school to that person.”

“How much was the prize for the oral English contest?”

“Although Dad has a problem with his brain, he still looks so handsome. Is the rich woman next door still thinking about him? How…”

Fu Chengyan: Thank you for being a filial daughter!