Cute Babies in a Pair: President Daddy Is Way Awesome 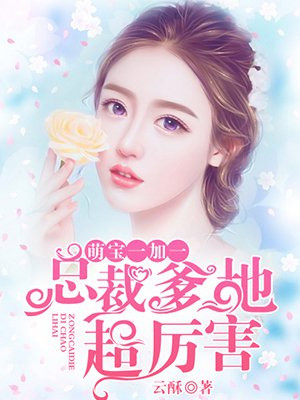 “Mr. Handsome, you and I are in the same boat now. You might as well let me help you get rid of the efficacy of the drug. If you feel like suffering loses, I don’t mind taking the dominant role.”

Su Bei was drugged by her half-sister (born of the same father but a different mother). On her way of fleeing, she happened to encounter Fu Yunshang who was also set up by others.

It is said that the incumbent head of the Fu Family is cold-blooded and merciless who hasn’t had s*x life at the age of 27! However, only he knows that his virginity was taken away by a naughty girl five years ago.

Five years later, Su Bei takes her two babies back to the country with a brand-new self and makes a delicate plan to destroy the Su Family, but… what’s the matter with the handsome guy who looks so familiar in front of her?!

She is always caught red-handed by him every time she’s doing something bad. And he will make the things worse but leave himself holding the bag. More than that, he is so brazen-faced to seek for care and ask her to be responsible for him. He per se is actually a ruthless and greedy wolf, but he always acts like a tame rabbit in front of her sons. “Mommy, daddy is so pathetic. Please just take him in,” says the elder son.