Cultivation Bigshots Are All Cats 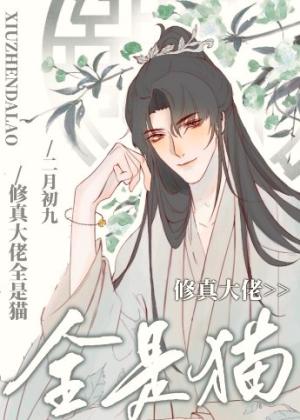 Ye Jingxing has become a waste son of the Ye family. He awakened the wood-type single spirit root, which was rarely seen in thousands of years, but the ability only works on catnip, and it has remained in the Qi training period.

Not only was he kicked out of the house, but he also became a joke in the entire cultivation world.

As the former cat house owner, Ye Jingxing was not discouraged, he “rebuilt the cat house” while picking up kittens.

It was only later that Ye Jingxing discovered that the orange cat who came to him every day to eat and drink was actually His Majesty the current emperor.

The lion cat, who was arrogant and refused to brush his hair, turned out to be the number one sword cultivator today.

The cat with different pupils that Tian Tian and Xiu Mao, the lion cat love, turned out to be the master of the first sword cultivator. …

And the little cat, who is coquettish and cute every day, makes him *rua—turned out to be the ancient great demon Shen Qiyao who has been dormant for thousands of years? !

*Note : Rua is an internet slang. It is usually just a mood word without meaning, and it can also mean stroking, fondling or rubbing.