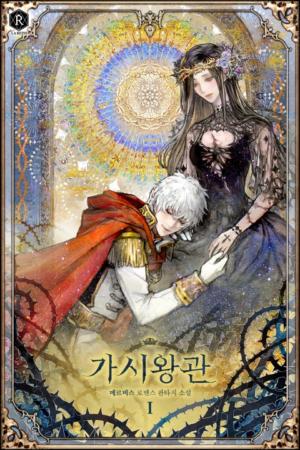 The person who was locked away inside the thorn-covered tower was not a princess, but a witch who employed the powers of darkness.

A brave young hero came searching for the tower in order to kill the witch.

– Light would force the darkness to recede, and grant it eternal rest

That things would end with, ‘and the hero lived happily ever after killing the witch,’ like in the fairy tales.

And so, she had devised everything to happen in accordance to her wishes.

But the boy, who had grown up in but no time at all, would make the unfamiliar face of man’s from time to time.

Reality was very different from the fairy tales.

“The people don’t know of the precious treasure locked away in the tower.

I won’t let anyone else have this god given treasure, this crown of god surrounded by thorns that no one else could recognize.”

The hero gave the witch a slow and deep kiss.

“I am the true victor, and no one else.”