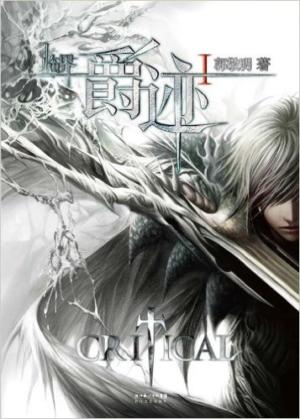 NOTE: This story was originally written in 2011 but its serialization went on a five year haitus. After returning the author began to re-write the series with its updated name, Legend of Ravaging Dynasties.

The Odin Mainland is separated into four counties, in each lives a group of soul masters protecting their county with their soul powers. The most powerful seven of them are known as Noble Lords. The story begins in the water origin, the Aslan Empire.

Qi Ling has been a bus boy in an inn since young and subconsciously tamed a legendary soul beast Cang Xue Zhi Ya in a battle between soul masters. Yin Chen came on orders of the Silver Priests to take him in as his disciple. With his help, Qi Ling heads to the Grave of the Souls to seek his soul weapon, yet as he couldn’t sit still like how his lord instructed him, he enters the Grave of the Souls with Tianshu Youhua and Guishen Lianquan.

After his risky adventure in the Grave of the Souls, he was scolded by his lord. At the very same time, another conspiracy that has long been in the works within the Aslan Empire is gradually revealing itself.