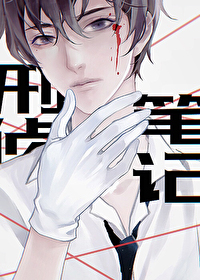 The investigation of a severed limbs case was stalled. Lu Junchi, captain of the Major Crimes Unit, went to the Chinese police academy to ask for advice. Captain Lu originally thought he would get the advice of a respected old professor. Unexpectedly, he met the sick and weak beauty, Su Hui, who gave him some advice.

Lu Junchi was grateful for Su Hui’s help in this case. He appreciated Su Hui’s talent but was afraid that the weak and sick Su Hui wouldn’t be able to live a convenient life. Therefore, he became a Daddy Long Legs uncle and sent warmth to Su Hui day and night. He sent and sent…

Captain Lu didn’t know that this crippled beauty Su Hui, who had extremely poor eyesight, was deaf in one ear and could run 200 meters in three minutes, would turn out to be a criminal psychology profiling expert who scared criminals. He didn’t know that Su Hui had multiple identities or that he was an old acquaintance…

Su Hui was proficient in criminal psychology portraits and had extremely meticulous reasoning ability. He went deep into the hearts of the criminals to reveal their secrets. He had the courage to go into extreme danger and walked through a hail of bullets with no fear. His heart was like a rock as he fought against evil, like a reed that couldn’t be defeated. He looked so weak while actually being so tough.

No one knew that his world was actually a foggy mess on the verge of collapse. The surrounding liveliness was like a silent movie to him. This was until he met the person who helped him put everything together, retrieving his lost memories and finding the truth of everything to put him back on the road of life.

Su Hui: Do you know what ‘hope’ is in my dictionary?