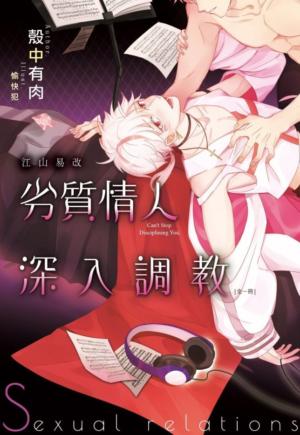 Your pleas only made me crave to punish you more—

Tell me, love, who do you belong to?

Jiang Yishan knew how tenderhearted Qin Shaocheng was towards him.

Even though back in the day, he only treated Qin Shaocheng as his sugar daddy, and had heartlessly dumped him for the sake of the path to stardom. What’s more, he even begged Qin Shaocheng to use his status as a young master to seek out the influential Qin Family, utterly trampling on Qin Shaocheng’s love for him!

Thus, after three years of separation and completely dried out of lowly tricks to play, his reputation thoroughly destroyed in showbiz, Jiang Yishan, who had nothing left to his name, came running back to Qin Shaocheng, begging to get back together, once more luring him using his body!

Jiang Yishan admitted that he was vile and selfish to the bone. As long as Qin Shaocheng showed an ounce of kindness to him, he would use it to his advantage to his death!

When faced with the current Jiang Yishan who had never yielded to him before, Qin Shaocheng was trying his best to remain cold and indifferent.

But even when he knew this was the usual scheming ploy where Jiang Yishan would feign weakness, Qin Shaocheng still got reeled in at the end.

He was well aware there was no way he could ever get rid of Jiang Yishan in this lifetime! Now that he could not refuse, he should—

—properly discipline him! He’d train Jiang Yishan’s entire body, starting from the inside, molding him into whatever he wanted!