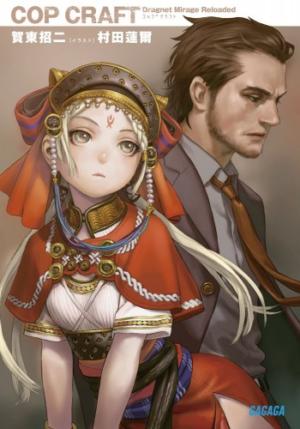 15 years ago, a dimensional gate that no one has seen before, appeared over the Pacific ocean.

Beyond bundle of a cloud-like gate that always changes its form, lies a strange world. A world where fairies and monsters exist. The “Leto-Semani”.

A city located on a giant island that suddenly appeared together with the gate. Built in the northern part of the island, it became the front gate of both worlds.

[Tilarna Exedilica], a knight squire from another world.

They have to chase after the same culprit, in this city of the borderline between science and magic.

From the same author of FULLMETAL PANIC! and illustrator of LASTEXILE