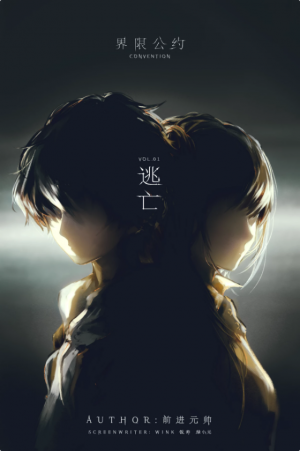 A meaningful message in the middle of the 21st century takes mankind to unknown territory – the Convention. Its purpose and origin were unknown. Perhaps it was some crazy extraterrestrial invasion? Or was it a cover-up between the great powers?

More and more things begin to arrive on this tiny planet that originates from places that no one has seen nor heard before. Advocates, Objectors, and people that harbor secrets of their own began to oppose one another in the dark for their ideals.

A woman depicted in an oil painting seems to be the key to everything that is happening. She causes people to go insane but also gives people hope …… The men and women serving as a Herald, can they still smile?