Congrats, I’ve Turned into a Girl! 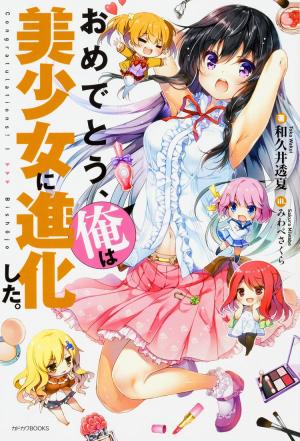 Suzumura Masaharu, a plain university student have a secret that he wouldn’t tell his family no matter what happening.

He was a crossplayer(Male or Female that’s cosplaying as the opposite sex).

By some chance, his step brother and sister ended up falling in love with him, furthermore he had to put an act as his bestfriend’s fake girlfriend, getting his yandere childhood friend involved, having his bestfriend’s ex-fiancee wary of his existence, approached by the handsome man who just move into the room beside his room.

What will happen with Masaharu’s future that’s full of hardship!?