Confined Together with the Horror Game’s Male Lead 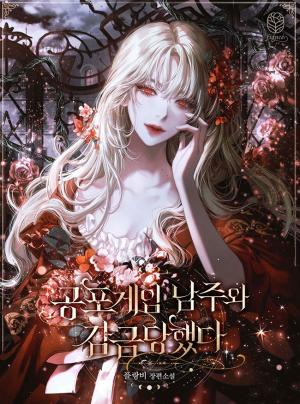 I became a maid in a horror game.

And, here in this mansion, I was confined together with the male lead, who’s trying to escape. My role here was to guide him around the mansion and to give him penalties once in a while.

I just need to fulfill my NPC duties until the male lead’s playthrough is over.

“Once I get out, I’ll have you locked up the same way.”

This male lead was kicking up quite the racket though.

So I decided to help him escape as soon as possible.

“That’s a potion. It’ll get you healed up right away.”

“The escape hint is right over there…”

I stuffed him well enough so he had enough energy for the next part of the game.

I gave him a potion to use in case he got hurt.

I also gave him some hints to solve the problem.

Then, we can get out now, right?

Look here, smart guy. What exactly do you mean by that?

…The male lead doesn’t want to leave the mansion.

“If you’re not leaving, then I will!”

I shouted in a fit of anger. At the thought of having to keep looking at this hateful guy’s face, I was justifiably annoyed.

“Is this truly the kind of place that you can get out of?”

As he said this, the look in his eyes darkened sharply.

“Just so we’re clear, I have absolutely no intention of getting out of here.”

“And you’re not leaving either.”

How the hell did it come to this?