Concealed by Brocaded Clouds, Frost on the Roads 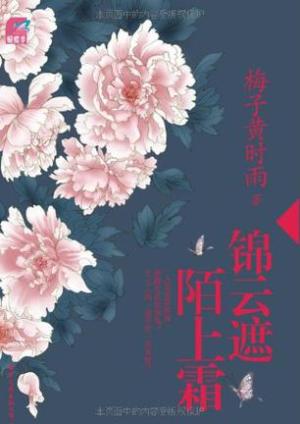 He is the emperor who rules the whole of China, except he is unable to control his own heart. Without her, ten thousand miles of rivers and mountains are just like dust.

Ruan Wu Shuang: She is the daughter of the current prime minister. Her natural disposition is tranquil and calm and has no interest in manipulative tactics. However, she is still fated to enter the imperial palace and become embroiled in the power struggle.

Bai Li Hao Zhe: He is the second prince of the current emperor, well versed in civil and military tactics. He marries Ruan Wu Shuang to make use of the Ruan family’s influence to successfully become the crown prince. Step by step, he ascends the throne.

She is well-aware that she is just his pawn, yet falls for his real or imaginary gentleness. While he constantly reminds himself that she is a descendant of his enemy, so he cannot fall in love with her. Yet he also loses himself in her gentleness, gradually forgetting his original intention…

He implements his revenge plan progressively. No matter how well he calculates, he still forgets to include himself in the calculation. If not for the heartache that feels like bone erosion when losing her, he will not realize that he had unconsciously fallen deeply in love with her long ago…

In the face of new and old flames of hatred, will they be able to let go and live together until the white hairs of old age?