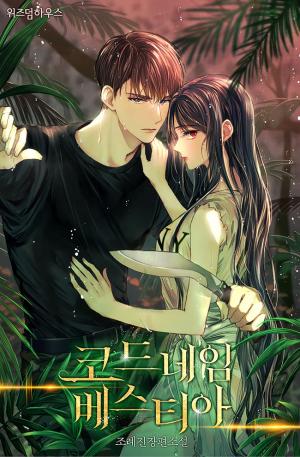 In a world where vampires no longer drink blood,

and walk on the streets with humans under the sunlight.

falls into a trap and is captured captive during his mission.

While being transported across the sea, he barely escapes and arrives on an uninhabited island.

Little did he know, there was a vampire living in solitary there, Camar.

“Hey, isn’t it obvious, miss vampire? Why are you asking?”

Camar takes care of Deyeong who came with a fractured leg with much care,

and simultaneously protects him.

‘Whoever enters this island can never leave.’

But Doyeong has to return.

His family is waiting for him.

He has to escape from this peculiar and gorgeous vampire who holds many secrets. However, as the military secret hidden in Doyeong’s body is revealed, the prying eyes awaken beneath the darkness.