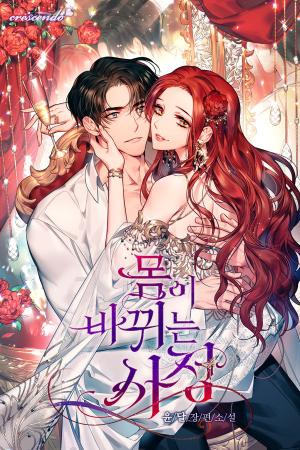 The prince was cursed of switching bodies with the woman he spent the night with, and I became the daughter of the duke who could not solve the curse.

Tempted to solve the curse, I seduced him indifferently and spent the night with him. I gave him the antidote, so I stopped paying attention to him…

“Princess, you’re leaving me because you weren’t satisfied that night.”

“Once more. I’ll satisfy you this time.”

To make matters worse, the curse had not been lifted and our bodies have switched frequently without notice.

There’s only one way back to our original bodies, which is to desire each other’s bodies, but-

“Your Highness, why did you rush all the way here?”

The changed man covered me with his jacket and said softly,

“I hate myself for letting you get rained on.”