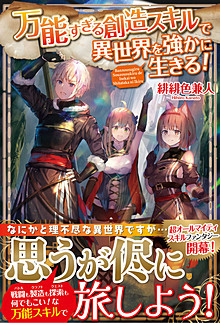 The protagonist, Kashiwagi, who has learnt Karate from childhood has been made a target of bullying due to helping another boy in senior high school.

Although Kashiwagi would not yield to bullying, he began to especially dislike unreasonably cruel treatments and acts of betrayal.

One night, as Kashiwagi headed to his neighbourhood convenience store, he coincidentally bumped into his childhood friend, Tendo Ayaka.

After saving Tendo Ayaka from danger, Kashiwagi reincarnated into another world.

Kashiwagi, now named Louis, was reincarnated as the child of an A-Ranked married couple will now live a new life with a powerful new skill 【Creation】.