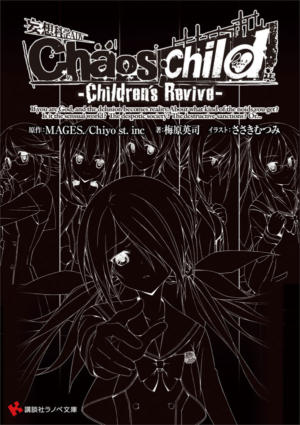 Autumn, 2015. With the arrest of the youth called Miyashiro Takuru, the succession of bizarre serial killing cases known as the “Return of the New Generation Madness” which shook the streets of Shibuya had ended, but not without casting a shadow over Shibuya and its people.

For these girls who were by his side in the heart of the incident, what was it that they had thought and ascertained up till now, half a year after those cases—.

This is a complete new work by Umehara Eiji, the overall scenario writer of Chaos;Child, which depicts the afterwards of this masterpiece.