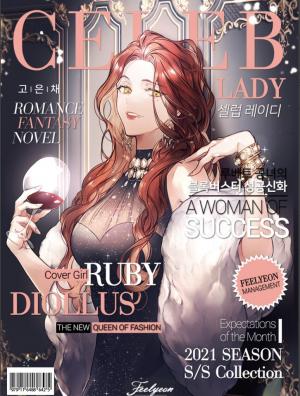 A dull body, a timid and kind personality.

“Oh my, the princess is at the dessert shop every time I see her. She eats so many sweets until her cheeks bursts, so she gets fat.”

Princess Lilia, the ‘swan princess’ of the family, was always surrounded by friends, and Rubetria, the ‘ugly duckling’ who was bullied by them, was a loner.

“Hey, you idiot. Our princess is angry. Eat it, quickly.”

Rubetria was tired of the bullying.

Then one day, she said,

‘I want to live a wonderful life like that woman for just one day.’

“Rubette, are you crazy? What the hell’s wrong with you? Are we your enemies?”

At Lilia’s voice, which was full of embarrassment, I burst into laughter.

“Of course, he is my enemy. When I think of how I’ve suffered by the two of you until now, I wake up right from my sleep.”

“Well, so what, are you going to take revenge? To be childish?”

Oh, this is a real comedy.

In an instant, Lilia’s smiling face hardened, and she froze.

“If it feels childish, I’ll feed you water you in a tremendous way which graduates from the level of children’s pranks.

“And don’t worry that Ricky is the only one who’s going to get beaten. You are among those who will drink water.”

I smiled softly at Lilia, who was frozen and embarrassed.

#From the Ugly Duckling to the Empire’s greatest celebrity

“It’s a pity, but it’s time to say goodbye, so let’s go home. We’ll see each other again.”

Looking at Rubette, who answered without hesitation, the boy paused and then laughed out loud.

“Later when you grow up, I’ll go propose.”