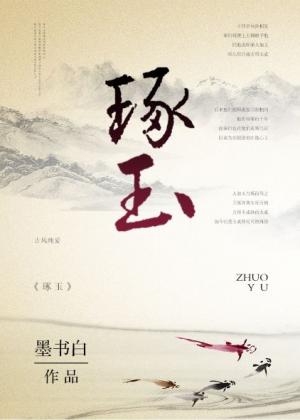 Qin Yan was already a demonic cultivator when Fu Changling met him for the first time.

He had killed Fu Changling’s entire family before he placed an old jade in his palm.

He had said: Fu Changling, people are like jade. Only after they had weathered through the hundred sorrows of life and death, could they acknowledge their truest strength.

With this, their swords clashed as they spent half their lives trying to kill each other.

He had delivered Qin Yan to his trial on the Judiciary Platform to be hacked to death and watched as he cut out his love root.

Fu Changling died and was reborn into the year when he was seventeen.

This time, he met Qin Yan much earlier and was also informed of the truth that he hadn’t known in his past life.

And so, with his body drenched in blood, he climbed his way before Qin Yan and told him in a hoarse voice:

“Once, you’ve gone into the Golden Light Temple and suffered long nails driven through your bones; you fought ten thousand ghouls in the Ten Thousand Bone Cliffs; you waited for an entire night in a stormy rain at the Bridge of Reincarnation; you have lit the zen lanterns for ten years in the Unsullied Palace—all for my sake. Qin Yan, it was you who fell in love with me first.”

“It doesn’t matter if you don’t remember, because I do.”

Shivering, Fu Changling took out the very same jade Qin Yan gave him back then. Stained with blood, he lifted his gaze at Qin Yan, and said word-by-word repeatedly—

‘People are like jade; that needs to be carved to become a fine specimen. Only when they are chiselled and carved by knives and axes, weathered through the hundred pains of life and death, could they acknowledge their truest strength.’

“Presently, Changling has truly turned into a carven jade,” Fu Changling swallowed as he spoke, “Would Shixiong be willing to start over?”

This is a path of redemption. Even if he has to walk through a field of thorns, he would give anything for that chance.