Can We Become a Family? 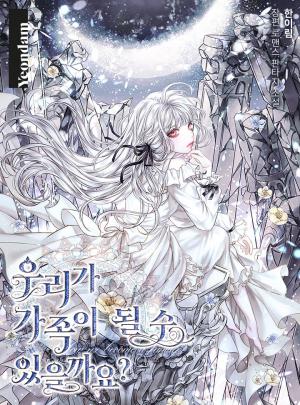 ‘Navia Agnes,’ adopted to marry the Crown Prince on behalf of the Duke of Agnes’ ill daughter.

Navia, who had been hung up on her family’s affection, does her best to become an empress while being abused, but the moment Vivian, the duke’s biological daughter, is cured, her family abandons her.

No, it would be fair to say that they abandoned her every time.

“How much longer do I have to try? To be your family.”

Navia took off her blood-soaked gloves.

Then on her right wrist, an invisible number that wasn’t visible to others was revealed.

Looking down at the numbers, she calmly confessed.

At that moment, the number on the wrist changed.

Will she be able to avenge the Duke of Agnes and find a temporary family to protect her until she reaches adulthood?