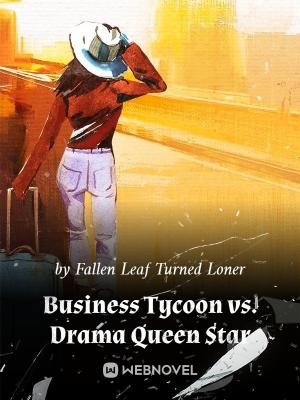 Luo Tiantian sacrifices herself to save Bai Yueguang, only to wake up in the novel her best friend had written as a prank.

The best friend of the original owner of this body has gotten plastic surgery to take her place, snatching everything she had. She has even been imprisoned for ten years!

To avoid a tragic end, Luo Tiantian clings on to the greatest boss in the novel.

After she shoots to fame overnight, the internet is teeming with curses toward her, claiming how she had undergone plastic surgery, was one to put on airs, and was being kept as a mistress…

She doesn’t even have any time to respond before the female lead’s lackeys suddenly change their stances.

Her eldest brother, a CEO: “She has the Luo Corporation backing her. Miss Luo doesn’t need a sugar daddy.”

Her second brother, a forensic pathologist: “As someone working in forensics, I can confirm that my younger sister is a natural beauty. She’s never had any plastic surgery done.”

Luo Tiantian sneered. “Who are you?”

The movie star: “Tiantian, you’re my fiancée. How could you live with another man?”

Luo Tiantian stares at that s*upid face. “You?”

The moment she returns home, Luo Tiantian tones down immediately.

Her boss glances at Luo Tiantian with what seems like a smile. “An orphan?”

Her boss raises his eyebrow. “A fiancé?”

Luo Tiantian quickly shakes her head. “No, no. That’s nothing more than a rumor. You’re the only one in my heart!”

From then on, the big boss undergoes a drastic change and becomes henpecked. He gazes at her affectionately. “Little friend, you’re toxic, but you’re my antidote.”