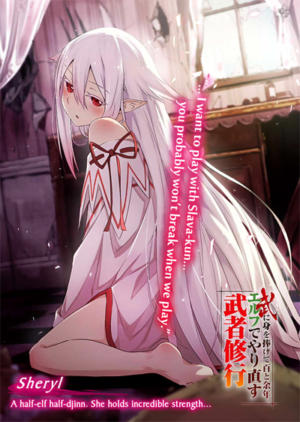 Slava is an old man. On the verge of death, he has only two regrets; not perfecting his Martial Arts that had been passed down by his Master, and leaving his adopted daughter, as well as disciple, the Elf Alma, alone. His two dying wishes that he makes to her are that she take the hidden scroll of the school and learn its secrets, and that she would love, have a family, and be happy in his stead.

But Slava is reborn as an Elf, and with the same first name too! Being told that he was named after the only master of “Alma-sama”, it appears that some time had passed and his adopted daughter had become a very important person!