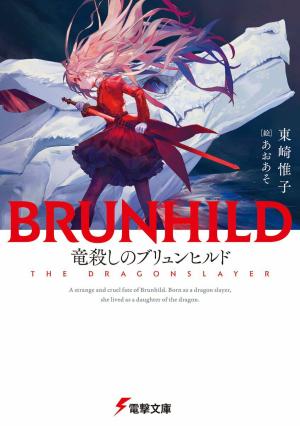 The dragon-slaying war hero, Sigibert, led the Norveland Imperial Army. The forces sent to claim the legendary island, “Eden” were repeatedly annihilated by the guardian dragon of the island.

Left behind on the shores of Eden was Brunhild, the daughter of Sigibert. By either chance or necessity, she survived. The dragon took her in and raised her like his own daughter. A human and a dragon loved and were loved.

[If you want to be reunited in God’s kingdom, you musn’t hate others]

In Brunhild’s vengeful heart, the teachings of the dragon who wished for justice and forgiveness echoed. Should she abide the teachings of her beloved, or give in to the ever-roiling love itself—.

The winner of the 28th Dengeki Novel Award 《Silver Prize》, this authentic fantasy is here!