Bringing Along a Ball and Hiding from Foreign Devils 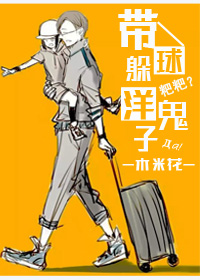 Ren Zhouyuan, who loves to study Chinese culture since childhood, has never imagined that his own life would one day be subverted by a foreigner.

Not only do these foreign devils not love the Chinese, but they also scoff at him, looking at his eyes like watching a fool.

After getting drunk, Ren Zhouyuan is for no reason pregnant with a ball, and actually gave birth to a child as a man. This kid is blonde; almost do not have to verify who he is from the “handwriting.”

Ren Zhouyuan does not want to make that arrogant foreigner part of his life, but after fate tied them tightly together again, he found that there was a big difference between this man and the arrogant fighting nationality he imagined.

Leonid: But I’m not chirping ah …