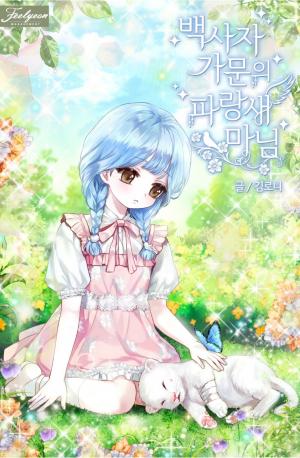 In a 19-gold-waste novel, I possessed the character of villainess.

Sophina, the bluebird and former wife of the white lion male lead, who was obsessed with him and was thrown away.

A character who was stoned to death because of angry public sentiment?

‘Let’s get a divorce after grazing enough!’

As a result of my efforts, I became friends with the male lead instead of obsessing with him.

In the meantime, I became close to my mother in law and other family members of the male lead, and I gained recognition from helping in managing the estate, and my business also became a big hit!

It’s time for the male lead who went to war to bring the heroine, so all he has to do is divorce me now.

But the problem was…

It was because he became so attached.

Maybe I have arrhythmia? My heart kept beating fast or it seems I’m a bit excited?

So I was thinking of seducing the male lead…

“While I was away from the mansion for a while, I guessed you were thinking of running away from me.”

Ricardo’s dangerous and low voice, unlike his beautiful childish voice from my memory, rang in my ears.

It seems that the male lead, who has grown up as a sexy adult, has a useless misunderstanding.

“Don’t leave, and don’t pretend that you don’t know me if you happen to throw away your husband.”

“Okay, well thought out. Just live with me!”

Even my in-laws misunderstood and kept clinging to me.

Why does everyone keep misunderstanding?

Excuse me. I wasn’t thinking of getting divorced?