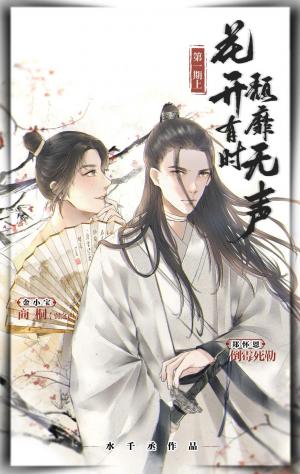 The son of the wealthiest man along the Jiangnan region falls in love with an icy white-clothed “beauty” due to an unexpected meeting, but the true identity of this “beauty” is actually……

Handsome and distinguished with an outstanding temperament: Jin Xiao Bao is not fated to be described as such. But as the Young Master of the great Jin family, who is funny, considerate and generous, he would be a good match even if the other person was the emperor’s daughter!

The pitiful round and plump Jin Xiao Bao, whose marriage proposals have all failed; just when multiple doors have closed repeatedly for this little fatty, he actually coincidentally picked up a fairy on this very night?! Gazing at those incomparably beautiful features, staring at that imposing, cool as an iceberg manner, – dad~ mom~ your son has found his wife!

But this future wife, the young lady Huai En, seems to have aroused a lot of enmity. Once again on another dark and windy moonless night, a bloody night, a heavily injured Huai En was tainted by aphrodisiac from the enemy. – Such a good opportunity for the handsome hero to save the beauty! The Young Master of the Jin family who made his glorious debut, was actually valiantly pushed down by the “wife”?!