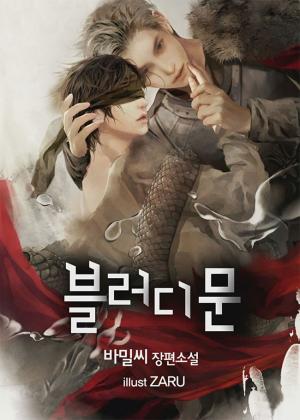 Radan, the ‘unknown assassin’, is ordered to assassinate Prince Leshak. He pretended to be a prostitute and approached the prince, but the assassination was unsuccessful. Instead, Radan fascinates the prince’s eyes. “Prove that you are just a prostitute, not an assassin.” A precarious love-hate relationship begins between the assassin who hides his identity and the prince who decides to keep him by his side.

For seven years the Ibeden Empire has been at war with five nations. One of the most troublesome, is a small kingdom of Kemened. This small nation should have been easily defeated but it is still holding out after seven long, arduous years. The reason comes down to one person, the unknown assassin. As the name suggests, nothing is known about this person who strikes without detection leaving behind nothing but a corpse with burned out eyes.

As the First Prince of Yveden closes in on the Kemened Kingdom, his subordinate Count Custer is killed in a brothel. His burned out eyes, like bloody moons, leave no doubt as to identity of person who killed him. Yet again it was the unknown assassin.

There is a secret beneath the maze of the Kemened Kingdom, as The First Prince will soon discover it goes much deeper than assassin’s or Kingdoms, it’s a matter of fate, and it will change everything