Blood Princess, Kill Them All 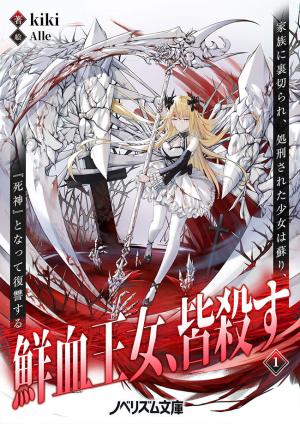 ~A girl who was betrayed by her family and executed is revived and becomes a shinigami to take her revenge!

Mary is a fallen princess who can’t use magic.

So a political marriage is arranged.

At last, Mary hopes, she can serve as a member of the royal family.

Betrayed by her parents and her older brother, Mary escapes with her only ally, her older sister. However, the two were unable to get away and both Mary and her sister are killed by the strongest magician, the Arcanist.

However, on the brink of death, Mary’s powers awakened. Her power was ‘the Arcana of the Shinigami’, by eating corpses she could increase her strength. With her new ability, Mary decided to take revenge on all those responsible for the death of her sister.