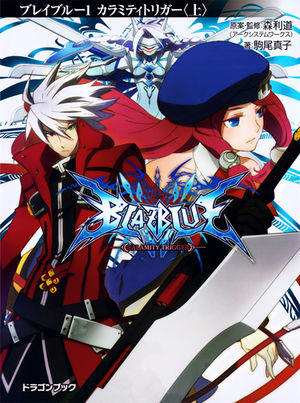 AD 2199. The world is covered in seithr and mankind is forced to live in Hierarchical cities, ascending constructions similar to towers.

The 13th Hierarchical City of Kagutsuchi has been infiltrated by a man with the most bounty in the world. He is Ragna the Bloodedge, the ‘Grim Reaper’, a man who possesses the Azure Grimoire. Thus, the wheel of fate begins to turn.