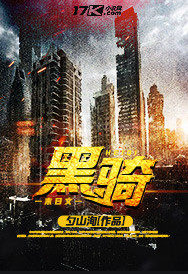 In the Era of Dawn, fifty years after a deadly apocalypse, rules and orders were slowly but surely being reestablished. Civilization was abandoned, blatant violence and desire were flooding everywhere.

Nobel and powerful harbingers held the power in the cities, insidious and crazy plague-breeders conquered the wilderness.

Purebred humans that could not mutate sank to the bottom of the food chain. They were controlled and governed by harbingers, and they were like helpless prey in the wilderness.

A purebred human teenager with a white-as-snow past quietly emerged in the world. With a three-feet-long blade in his hand, he journeyed through the greed-filled hell on earth. He started as a nobody from the bottom and became the most feared name by the Supreme Tri-Council, and he made the name Black Knight resounded throughout the world!