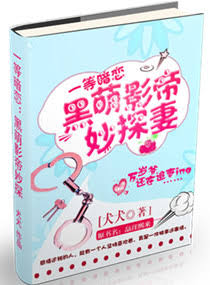 The female lead is an expert in criminal psychology, and also martial arts instructor in special division. With high IQ, high physical fitness, but low EQ and slow reaction.

The male lead is in the entertainment circle “The big shot”, king of superstar, film emperor (People: Your Majesty!). At the age of 5 he began to love the female lead secretly, the secret love lasts for 22 years without any changing in affection, and in the end he becomes a love-sick person with kind and proud attributes of a loyal dog.

In the first round, she pushed him until he was bleeding.

In the second round, he was thrown of by her until he sees the star.

But he knew from the beginning that she was his wife.

She used a professional perspective on criminal psychology to evaluate him: deceitful, good-looking, arrogant, self-perceived, and highly manipulated, and can be diagnosed as clinical psychopathy.

Finally she asked: Do you really want to sleep with me now?

He answered: Wrong! I’ve been wanting to sleep with you from a long time ago.