Between Friendship And Milk 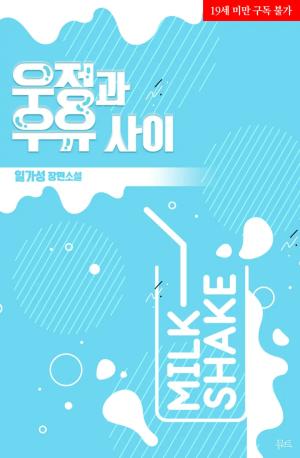 Woohyuk and Yoosu who are childhood friends have always been together since they were born. Elementary school, middle school, and high school. They even planned to go to the same university.

However, during the winter vacation of his third year in high school, Woohyuk’s body deteriorated rapidly. Worried, Yoosu tries to take him to the hospital, but Woohyuk gets angry, saying that it is useless.

Yoosu starts college life alone like that, but feels empty without Woohyuk, who was always with him. Feeling Woohyuk’s absence, Yoosu tries to find out about his issue somehow…

“Why do you say something obvious? Heuheu.”

“Can I tell you what I really need?”

“If you want me to not get sick… Give that as a birthday present.”

The drunken brain translated Woohyuk’s words as ‘I want to cry, so lend me your chest.’ So Yoosu smiled broadly and agreed.

But when he woke up, Woohyuk was sucking on his chest.