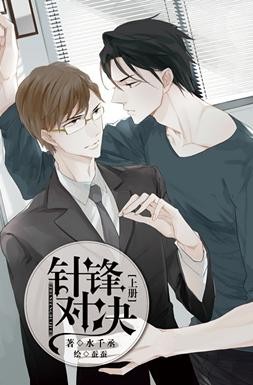 Gu Qing Pei is the newly appointed president of the company …..he was conscripted to first to teach the boss son who is rebellious and unfathomable.

The savvy Gu Qing Pei was evasive and Yuan Yang was refusing to do anything, but he began to take over the prince education….the prince who was not afraid of resulting to violence.

Yuan Yang is a soldier who does not want to go to a normal society to do business. He hates his father curtailing his movements …forcing him to go everywhere with Gu Qing Pei….

Is the so called tip of of the battle that is tit for tat. The business elite, Gu Qing Pei runs into a game of conquest and confrontation with the Boss son…

Gu Qing Pei a mature and elegant has years of successful career, and has an insurmountable conceptual difference with the youth and prosperous.

Emotional conflict broke out, and the plan was hitched….

To psychological damage the opponent…….and attain a balance ….