Because There Were 100 Goddesses in Charge of Reincarnation, I Received 100 Cheat Skills 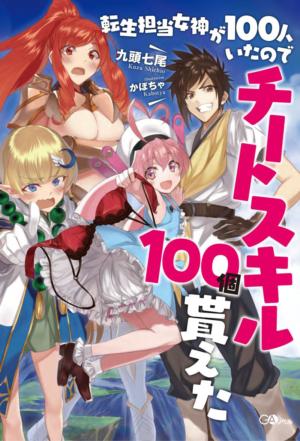 Karuna longs to be reincarnated in a different world. After his death in a traffic accident, a goddess in charge of reincarnation has appeared before him.

Different world reincarnation has come~!! Karuna dances in joy. I have received a cheat skill and I will now finally reincarnate in the different world I have always dreamed about――

――Is what should have happened, but another goddess has appeared!?

Karuna received a cheat skill from her with his head tilted to the side, and this time, he will finally――

In the end, Karuna met a total of 100 goddesses.

But, thanks to that, he has obtained 100 cheat skills.

「With these 100 cheat skills――I will fully enjoy this different world!」